Steeking, now this is a term I had never heard of until last week, when I popped into Yarn in the Barn group. All I can say is wow! What a fascinating technique. I headed to wikipedia for a more in depth description.

Wikipedia definition - Steeking
"In knitting, steeking is a shortcut used to knit garments such as sweaters in the round without interruption for openings or sleeves until the end. After completing a tube, a straight line is cut along the center of a column of stitches, in order to make room for an opening or place to attach another piece. The steek itself is a bridge of extra stitches, in which the cut is made, and is usually 6-10 stitches wide. This technique was developed by the knitters of the Shetland archipelago and is particularly associated with Fair Isle sweaters, although it can be used for solid colours as well."

Anyway, on to how I discovered 'steeking'. I was instantly drawn to the detailed fair isle work of Chris (one of the Yarn in the Barn ladies). After going over and having a nosey at her goregeous knitted sweater, she went on to tell me about the steeking technique she was using. Knitting the sweater in the round, and then cutting where the sleeves will go (argh shock horror! Cutting?). The thought of cutting an immaculate piece of knitting with scissors scares me. Chris reassured me that this is steeking and it really does work. She has already made 2 sweaters in this way. I can see why this method works so well with fair isle knitting. The section to be cut has been reinforced with crochet. From what I have gathered this will ensure edges that will not unravel. Below is a photo of Chris's piece ready for the chop! 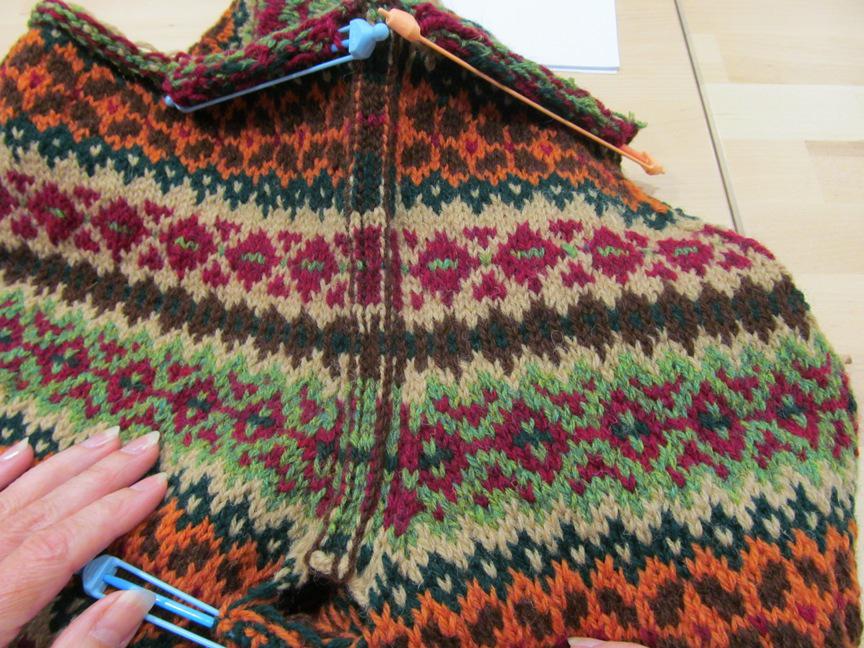 Here goes nothing! - Chris then began confidently cutting her knitting. I watched in amazement alongside other members of the group. It is incredible how the edge is so neat and perfect, just like a seam or cast off edge I guess. 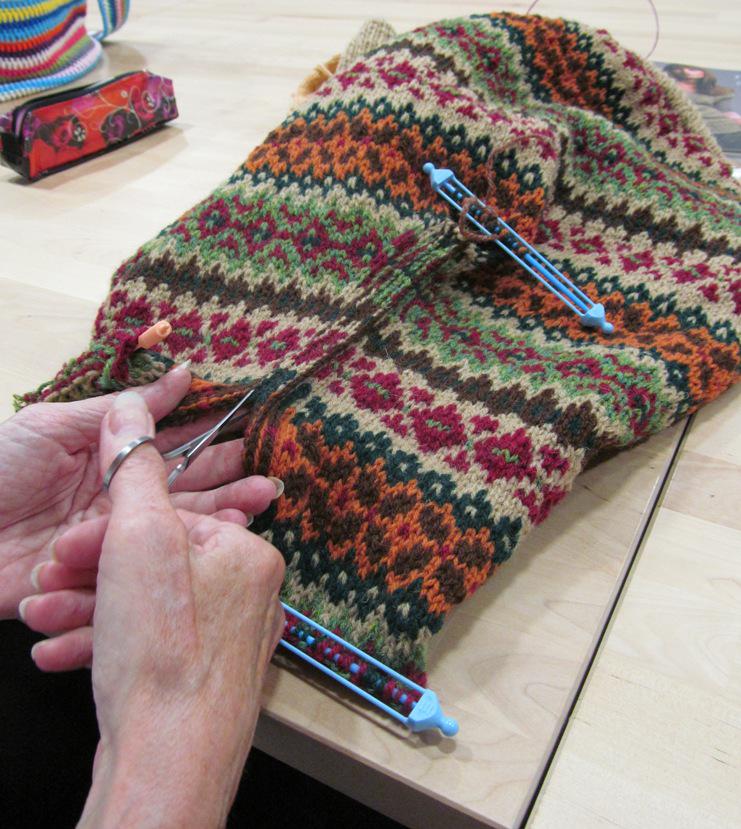 Slightly Blue Peter now - "here's one I made earlier!" Chris had already joined in her yarn and completed the ribbed edge. Doesn't it look neat? 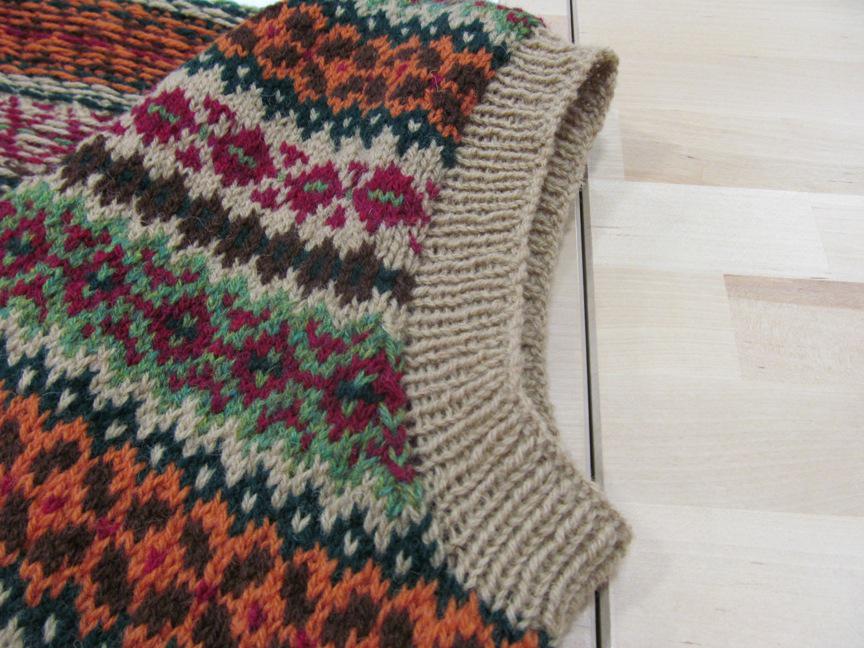 And neat on the wrong side too! Here you can see the rib has been easily joined to the ridged edge. 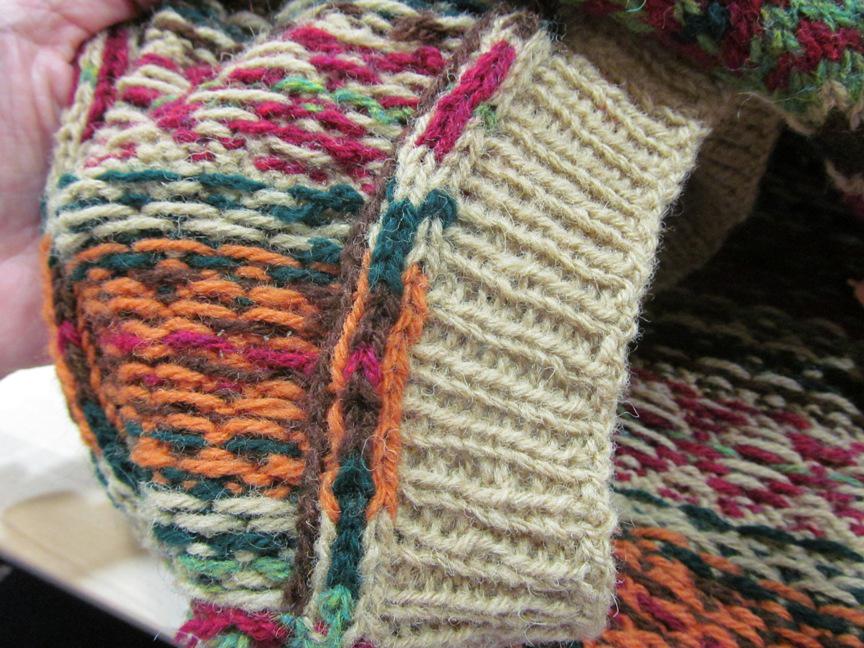 After watching this technique in action I would love to have a go myself. I imagine it could be quite exciting, rather than scary, if you knew how perfect it was going to turn out in the end.

The pattern Chris has followed is from her stash and the yarn was purchased in Scotland.